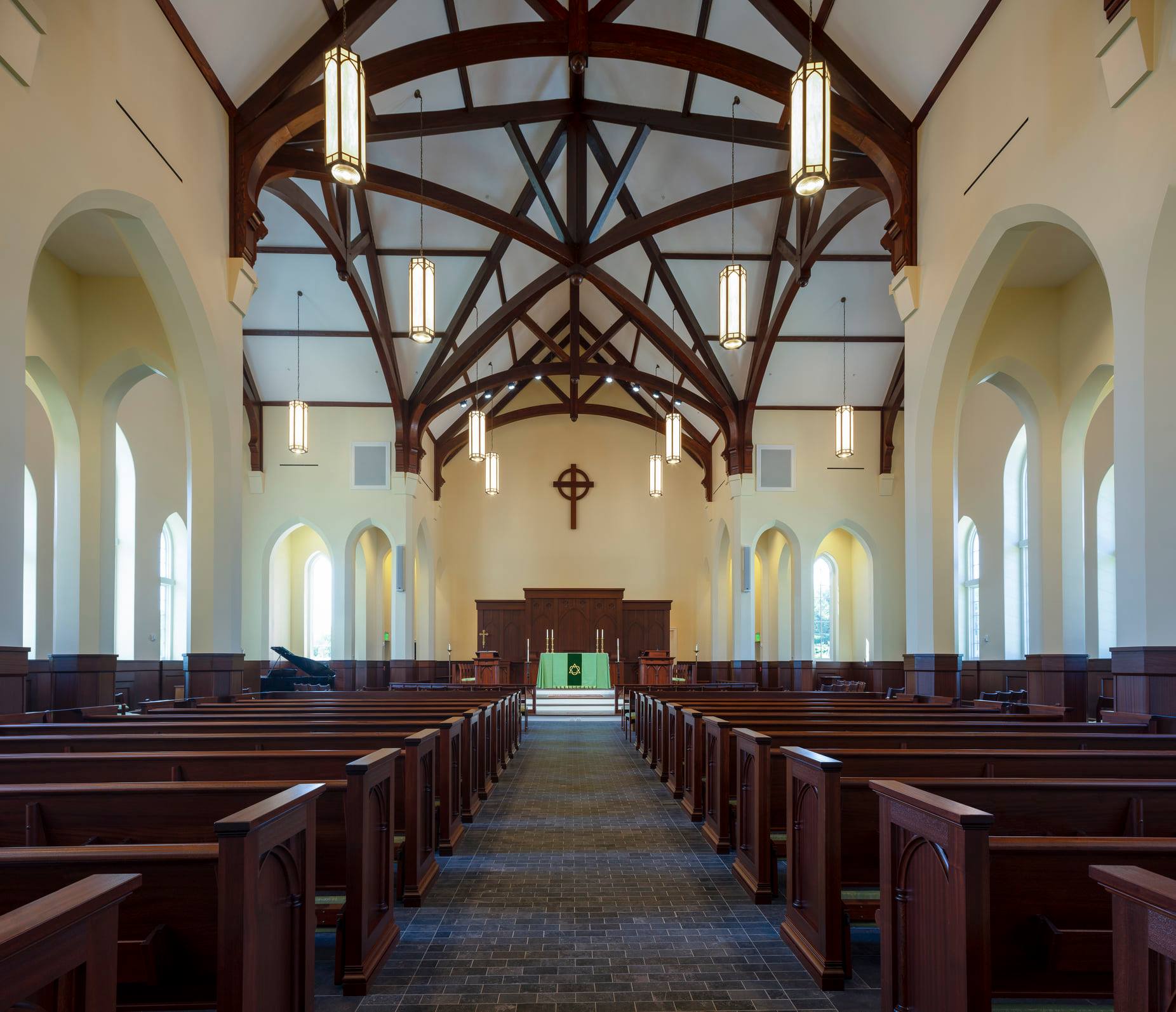 More than a decade ago, Rev. David Drake recognized that his church was bursting at the seams with new worshippers and needed a larger sanctuary. So, he and the Vestry set about to build a new Church of the Resurrection in Lutherville, Maryland. They chose ABC member firm, Lewis Contractors of Owings Mills, Maryland, as Construction Manager to oversee its construction.

Since 1966, Lewis Contractors has had an award winning history of constructing churches, synagogues, and faith-based community centers in Greater Baltimore and throughout Maryland. And they understand the sensitivity and attention to detail that goes into building a place of worship. By example, for their restoration work on the Baltimore Basilica of the Assumption, the entire project had to be approved and the drawings blessed by Pope John Paul II. So, Rev. Cunningham, Pastor David Drake and the Vestry knew this new church was in good hands.

For two years, Lewis Contractors worked in partnership with the church building committee to fulfill their vision for a new sanctuary. They spent more than a year in preconstruction planning to get it just right.

The new Church of the Resurrection included construction of the new sanctuary with seating for nearly 400, a two-story structure with commons area, kitchen and restrooms on the first floor, and offices, meeting rooms, and a choir loft on the second floor. In completing the project, Lewis also renovated an existing classroom wing and converted the decommissioned former church sanctuary for youth ministry activities. It took Lewis two cranes to install the nearly 50-foot-tall church steeple, which had traveled to the site by truck from Utah.

Architectural features of the new traditional Anglican, Gothic-style sanctuary include heavy timber trusses, assembled on site and now soaring to more than 40 feet above the sanctuary floor to support the roof. Flemish bond brick masonry sits atop the sanctuary’s base of Maryland stone and the interior features level five finished drywall arches. Multiple large, traditional arched windows create a light-filled worship and gathering spaces. The new sanctuary is so timeless and so closely matches what one would expect to see on the site that passersby frequently think the original 1970’s building is an addition to the church rather than the other way around.

“What we were going for was something that looked old but had all the bells and whistles that we would need in the 21st century and beyond,” says Associate Pastor Rev. Patrick Cunningham. “Lewis was very hands on as project managers… They were a delight to work with and we can’t say enough about the quality of their work and their responsiveness.”

For fire protection services, Lewis Contractors chose ABC member firm, Absolute Fire Protection, Inc. of Annapolis, Maryland. Absolute Fire Protection’s work on the project entailed installing a 20,000-gallon underground storage tank, a pump cistern, a vertical turbine pump, and a complete sprinkler system for the new church. This job had a lot of different challenges from the excavation at the site, to burying the tank and burying the cistern. Concealing the piping provided another challenge given the high, arched ceilings.

“The beauty of it is that you really don’t notice the sprinklers. That’s how we know we did a great job,” says Dan Mathias, president of Absolute Fire Protection. “We really enjoyed the project was challenging, and it offered something different than a lot of the normal projects that we work on.”

Lewis Contractors completed the church in March 2020, one year after breaking ground. Unfortunately, the COVID-19 pandemic forced the Church of the Resurrection to postpone the inaugural celebration, planned for March 29, to a later date.

For more on Lewis Contractors, go to www.lewis-contractors.com.

For more on Absolute Fire Protection, go to absolutefp.com