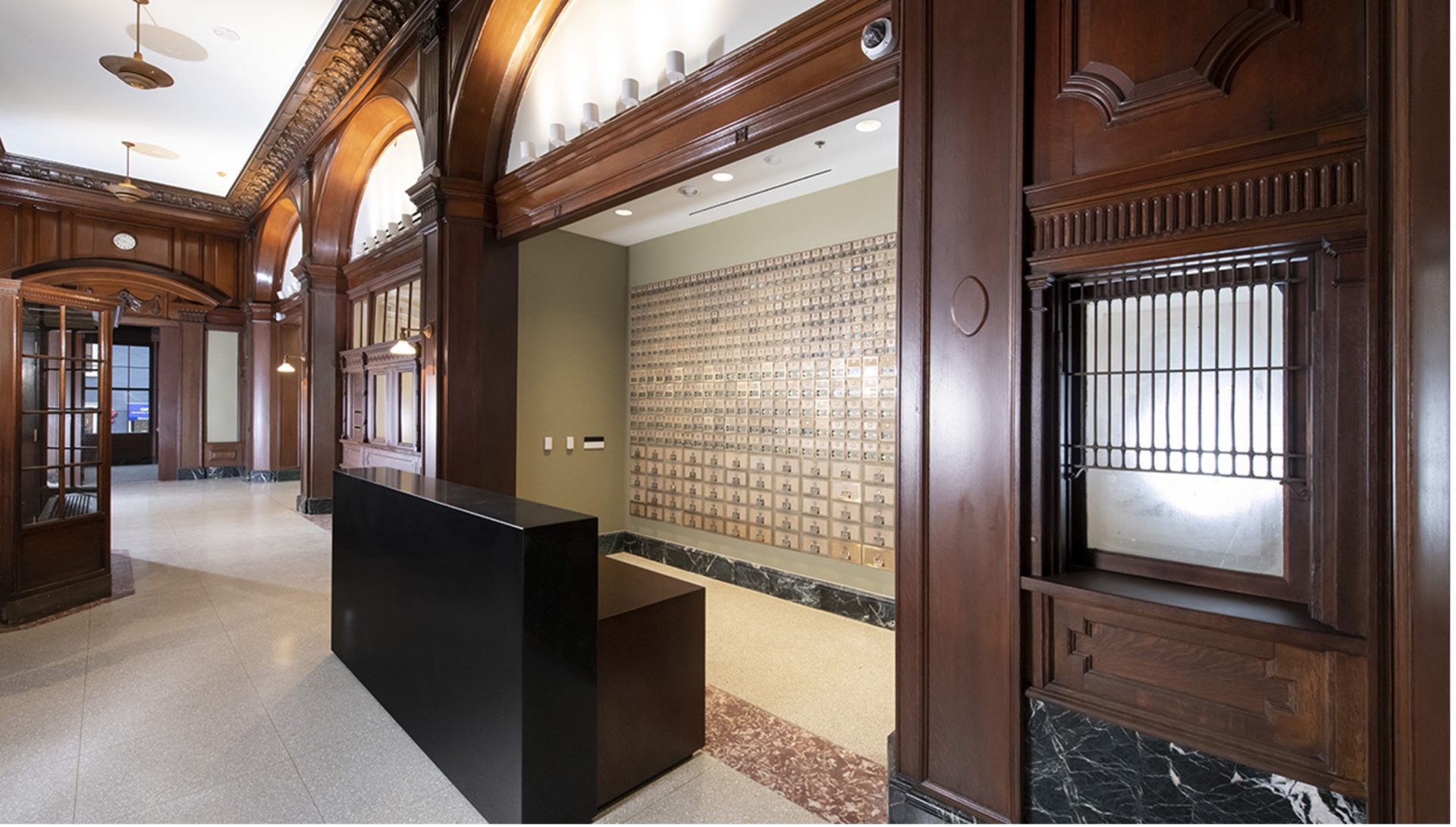 What happens when an historic post office no longer serves its original function? All too often, it’s torn down, or the beautiful original details get lost amid hasty or botched conversions. Luckily, that didn’t happen when the Maryland Department of General Services decided to convert the historic Annapolis Post Office into modern offices for Maryland’s governor, secretary of state, and support and administrative staff.

To undertake the renovation and modernization of the vacant facility dating back to 1901, DGS turned to North Point Builders, headquartered in Baltimore, and its project partners. Other ABC Maryland members on the project included Matos Builders, Hayles & Howe, and Aegis Mechanical Corporation.

As the general contractor, North Point and its project team meticulously restored the building’s historic millwork, stonework, lighting fixtures, plaster, and other historic features. The project was a comprehensive renovation of the ground, first, second, and attic floors totaling 25,000 square feet.

The team faced typical challenges to historic restoration, such as crumbling terra cotta blocks, rotting millwork, damaged plaster ceilings—all of which they recreated or restored in keeping with the original integrity. They also overcame unanticipated surprises, such as lead and asbestos contamination. And, of course, the COVID-19 pandemic meant that project team also had to operate for six months without having the architect, structural engineer, or state project manager onsite. Those meeting were held on Facetime.

One very odd surprise along the way—a spy tunnel about three feet wide and six feet high, between the first and second floors. Starting in the postmaster’s office on the second floor, the tunnel with peephole slots in the floor, was once used by the postmaster to spy on workers in every part of the building to make sure work was done according to federal guidelines.

North Point and its partners preserved the historic tunnel while also finding ways to run new mechanical, electrical, telecommunications, and life safety systems around it—all without drawings of the original construction or major renovations from 1925 and 1939. Talk about a challenge!

Praise from the client

“The overall project represents the highest standards of construction excellence both from a management standpoint and an execution standpoint, also really the highest level of partnership between the contractor and the client that I could imagine,” says Mark Schneidman, senior project manager with the State of Maryland Department of General Services.

For their exemplary work in restoring and converting the historic Annapolis post office, North Point Builders received an Excellence in Construction Award in the category of General Contractor Historical Restoration Over $10 Million from Associated Builders and Contractors. See the stunning transformation for yourself here. https://www.northpointbuilders.com/portfolio/annapolis-post-office/