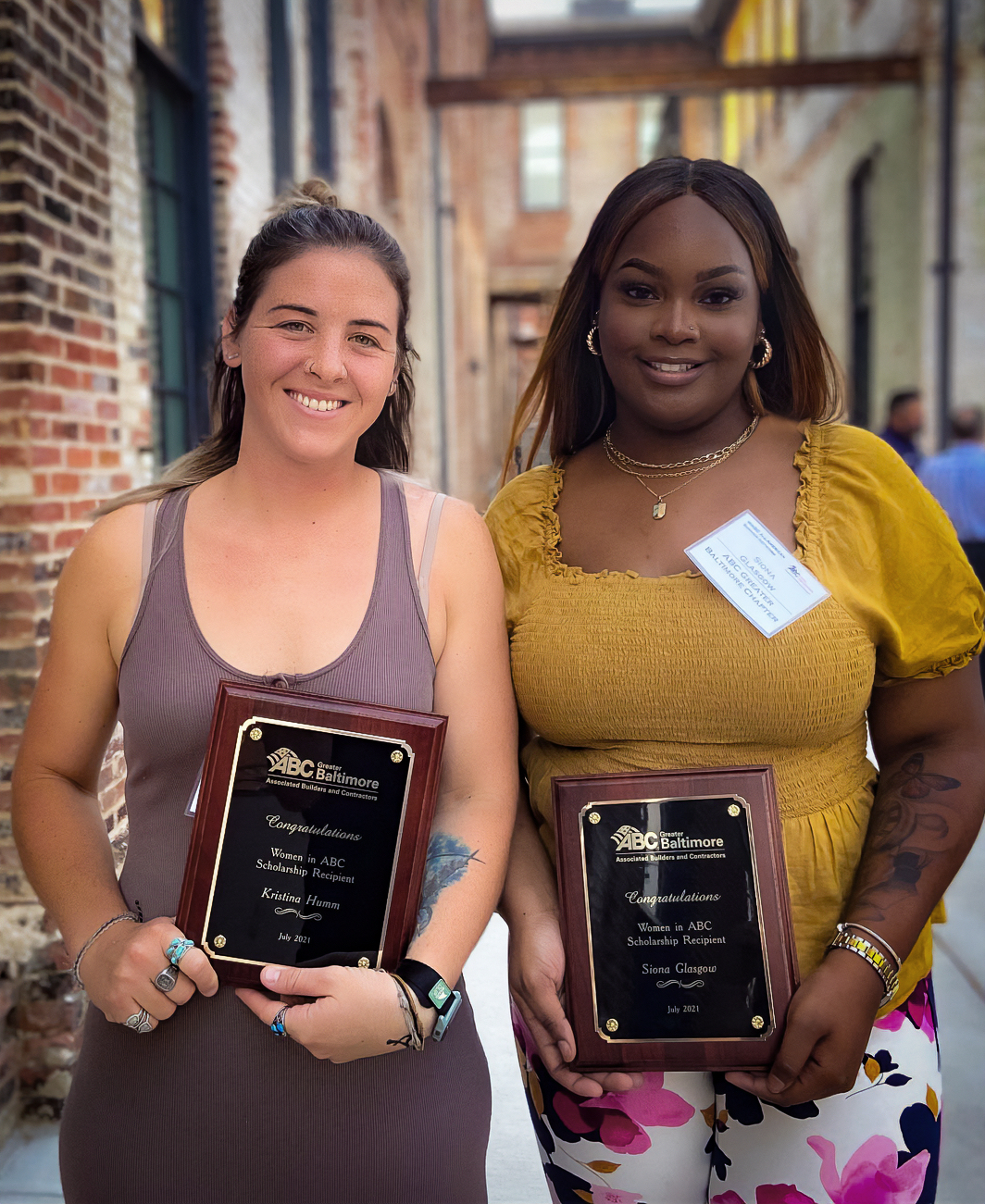 Humm is an apprentice electrician at TEI Solutions in Frederick. Glasgow works at the Greater Baltimore Chapter of Associated Builders and Contractors while pursuing her degree in construction management at Coppin State University. Each received a scholarship from ABC Greater Baltimore’s woman’s committee, which is named LOGIC (Ladies Organizing for Growth in Construction).

At the ABC Greater Baltimore Chapter, Glasgow is a jane-of-all-trades in workforce development. She helps Project JumpStart – ABC’s pre-apprenticeship program for underserved city residents – students with their resumes. She also helps enroll apprentices in classes. “I want to help anyone I can,” says Glasgow, a Baltimore native.

Humm holds a degree in biology from Towson University and spent three years teaching 7th-grade science in the Baltimore public school system. While Humm hopes to return to teaching someday, navigating the politics of the public school system caused her to rethink her career choices at least for the short term. In keeping with her love of science, Humm decided that a career in the electrical trades could be a good fit.

The LOGIC scholarship recognizes the best and the brightest among the next generation of women in the construction industry. It’s also an important tool to help diversify and develop the workforce in the greater Baltimore area, says Krista Hickman, president of LOGIC group.

“Since labor is such a commodity, we, as women, have a chance to make a difference and show how effective women can be in the construction industry and motivate other women to consider the field,” says Hickman. “Siona and Kristina have both demonstrated a desire to work in the field and have already begun to mentor other young women. They exemplify what LOGIC stands for–empowering women in the built industry.”

Congratulations to the winners, we look forward to following you through your career.