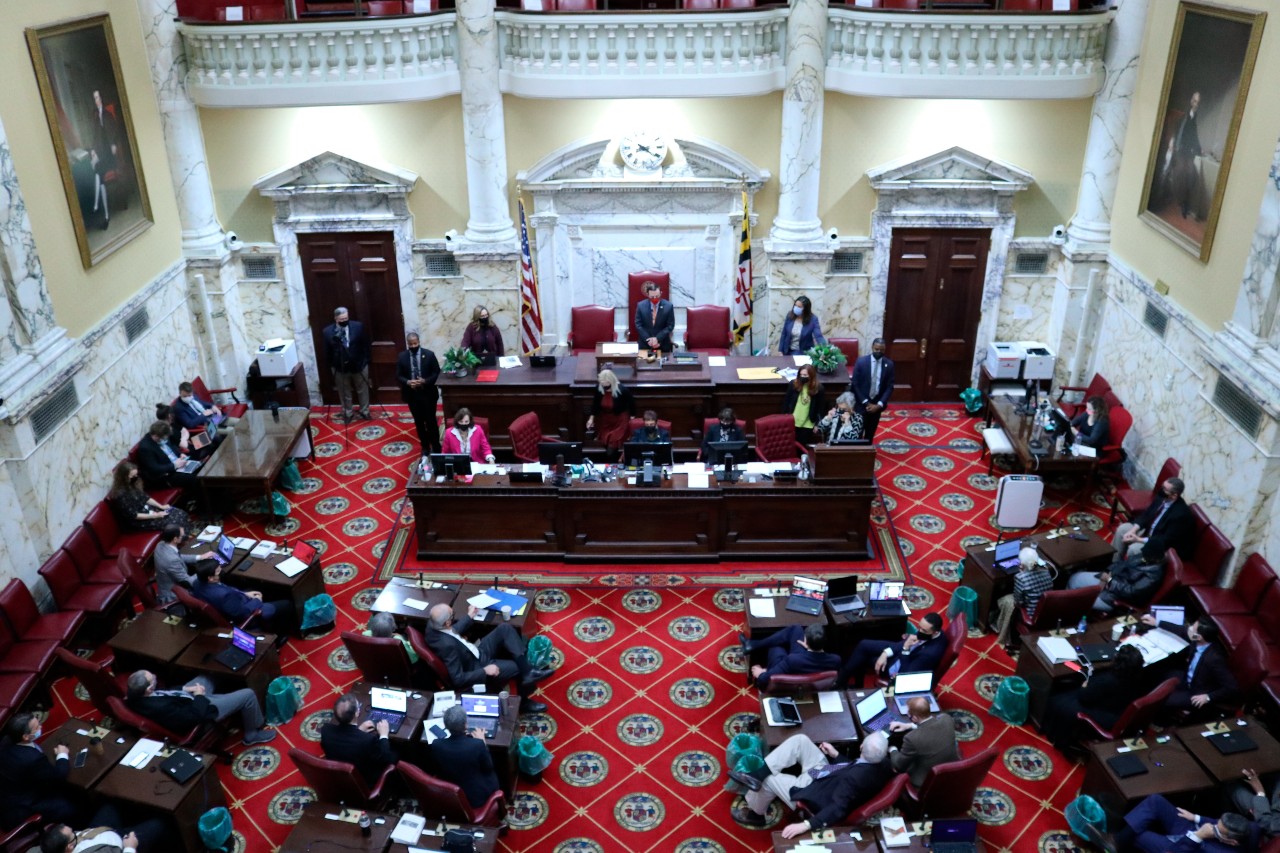 The 444th Session of the Maryland General Assembly began on January 13th.  As you will see, the session will be hybrid in nature this year as opposed to the fully virtual session we experienced last year. This session preview will give an overview of the policies and procedures that will impact the members of ABC and its advocacy for open competition and free enterprise in the construction industry.

Most committees will hold bill hearings on Tuesdays, Wednesdays, and Thursdays. The number of witnesses who may testify will not be limited like the last session. Committee chairs are free to develop their own witness guidelines as it relates to testimony length and late submitted testimony.  Written testimony will again be submitted through the Maryland General Assembly’s website. Those wishing to submit testimony will have to sign up for a “MyMGA” account on that General Assembly’s site to do so.

Until February 11th, witness sign-up will be two business days in advance of a scheduled bill hearing and will be open from 10:00 AM to 3:00 PM. All selected witnesses will be emailed a Zoom link for the hearing.  Witnesses cannot designate someone else to take their slot to testify. Beginning February 14th, witness sign-up will begin the business day before the hearing at 4:00 PM and continue to 10:00 AM on the morning of the hearing. Written testimony will still be accepted via the General Assembly website.

Regardless of vaccination status, individuals must wear masks while in the Senate Miller & James Office Buildings, this would include while testifying in person. In addition, Senators may not have more than four (4) individuals who are not staff in their offices.

During the 2022 session, the House of Delegates Office Building will be open to the public; however, all committee proceedings will be conducted virtually. Receptions or large gatherings in the House Office Building, including lobby days, are prohibited.

Bill hearings on pre-filed legislation will begin in earnest on January 13, 2022. Witnesses can individually sign-up to testify through the aforementioned Maryland General Assembly website 48 hours before the bill hearing beginning at 10:00 AM and closing at 3:00 PM. Like the last session, witnesses can sign up on Thursdays for Monday hearings and Fridays for Tuesday hearings. The House standing committees will cap bill hearings at a maximum of 50 witnesses per bill. The witness sign-up software will not allow witnesses to sign up as a panel.

The Senate and the House collectively introduced 420 pre-filed bills. Below is a sampling of bills that if passed could impact the merit shop construction industry.

Senate Bill 1/House Bill 145: Prevailing Wage – Stop Work Orders. This bill authorizes the Commissioner of Labor and Industry to issue a stop work order for each worksite where the Commissioner has made an initial determination that a contractor or subcontractor may have violated the prevailing wage requirements. The bill also authorizes a prime contractor to terminate the contract of a subcontractor without incurring liability for damages resulting from the termination. The Commissioner may issue an order of releaser of the stop work order only after the contractor or subcontractor shows that he/she is properly paying employees the prevailing wage and has paid all the penalties assessed again him/her.

House Bill 8: Time to Care Act of 2022.  This bill establishes the Family and Medical Leave Insurance (FAMLI) program and FAMLI Fund to provide up to 12 weeks of benefits to a covered individual taking leave from employment due to caring for specified family members; the individual’s own serious health condition; care for a newborn child or a child newly placed for adoption, foster care, or kinship care with the individual during the first year after the birth, adoption, or placement; or a qualifying exigency arising out of a family member’s military deployment. The weekly benefit, which is based on an individual’s average weekly wage, ranges from $50 to a $1,000 cap that is indexed to inflation. The FAMLI Fund consists of employer and employee contributions, shared equally.  All employers who employ at least one employee must participate in the program.

House Bill 88: Public Utilities – Energy Distribution Planning and Required Labor Standards. This bill requires that a project undertaken by an investor–owned electric company or gas and electric company involving the construction, reconstruction, installation, demolition, restoration, or alteration of any electric infrastructure of the company, and any related traffic control activities shall require a contractor or subcontractor on a project to:

(1) pay the area prevailing wage for each trade employed, including wages and fringe benefits;
(2) offer health care and retirement benefits to the employees working on the project;
(3) participate in an apprenticeship program registered with the state for each trade employed on the project;
(4) establish and execute a plan for outreach, recruitment, and retention of state residents to perform work on the project, with an aspirational goal of 25% of total work hours performed by Maryland residents, including residents who are:
(i) returning citizens;
(ii) women;
(iii) minority individuals; or
(iv) veterans; and
(v) have been in compliance with federal and state wage and hour laws for the previous 3 years.

House Bill 1: Constitutional Amendment – Cannabis – Adult Use and Possession.  This bill would create a constitutional amendment that will present the following question to voters at the next general election: “Do you favor the legalization of adult–use cannabis in the State of Maryland?”  Should voters approve the question, the General Assembly would come back the following session and develop the legal framework for use, possession, distribution, regulation, and taxation of recreational cannabis in the State.

On Dec. 17, Delegate Dereck Davis was sworn in as Maryland’s State Treasurer to replace Nancy K. Kopp, who retired after almost two decades as treasurer.  Prior to this appointment, Delegate Davis had been chair of the House Economic Matters Committee (ECM) since 2003. Delegate C.T. Wilson of Charles County will now take the gavel in ECM, where the majority of ABC’s bill appear.

Please consider joining the ABC joint legislative committee or at least volunteering to testify on legislation that impacts your business.  The legislators need to hear from businesses that are impacted by the laws they pass.