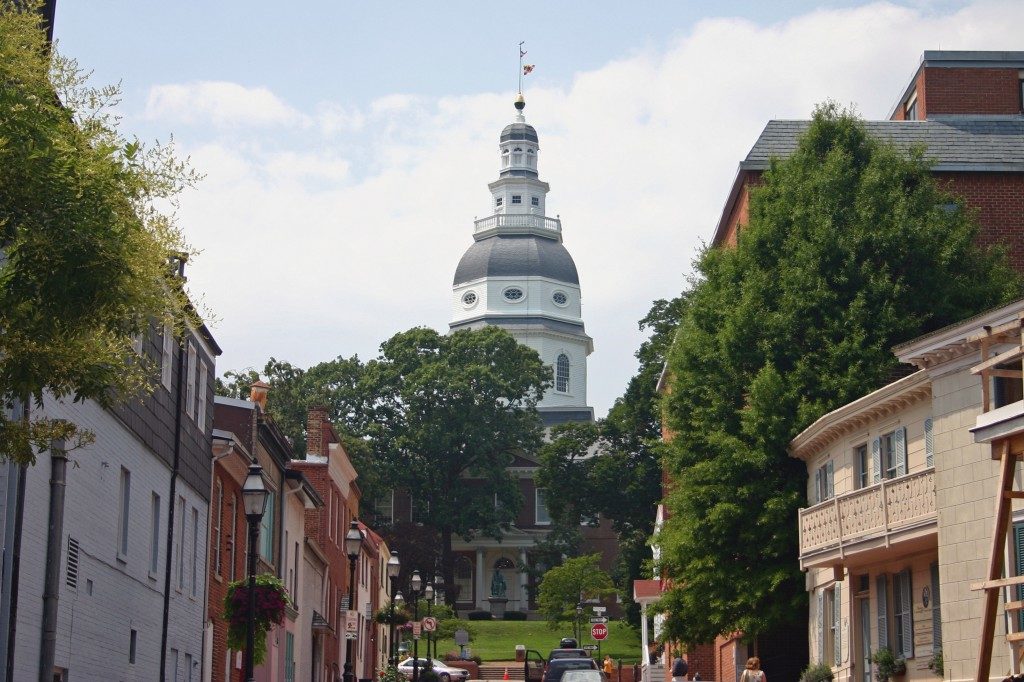 Despite a world-wide pandemic, , social distancing, and virtual hearings, the Maryland General Assembly was still able to introduce over 2,300 bills during its 90-day session. ABC identified a list of bills that were given a priority status in terms of our support or opposition. Here is a synopsis of these bills including ABC’s position and the final disposition of the bills.

This was easily the most discussed and debated bill of the session. Before the most alarming and controversial features of the bill were amended or stripped out, the legislation as introduced would have required employers of essential workers to do the following when any state or local state of emergency was declared, including the current state of emergency in response to the COVID-19 pandemic:

The bill received significant pushback from businesses of all sizes, including ABC. The legislature, after calling a joint legislative workgroup that included select opponents and proponents, hammered out and ultimately passed a more streamlined bill that requires employers of essential workers, as defined in a Governor’s declaration of a catastrophic health emergency, to do the following:

ABC OPPOSED. THE BILL PASSED IN HOUSE, BUT DIED IN THE SENATE.

The bill would have prohibited the Board of Public Works from approving a public-private partnership agreement for the I-495 and I-270 Public-Private Partnership Program unless the agreement includes:

ABC OPPOSED THE BILL AS DRAFTED. The BILL PASSED WITH AMENDMENTS.

This legislation requires a business in the State to demonstrate EITHER:

(1) Diversity in its board or executive leadership; OR

(2) Support for “underrepresented communities” in its mission to qualify for State capital grants, tax credits, or contracts worth more than $1 million.

The bill also requires the Department of Commerce (DOC) and the Governor’s Office of Small, Minority, and Women Business Affairs to develop a State equity scorecard containing diversity data relating to corporate boards, leadership, and missions. The data compiled for this scorecard must include: (1) the membership of underrepresented communities in the entity’s board or executive leadership, and (2) the support of underrepresented communities in the entity’s mission.

The bill tasks the DOC and GOSBA with adopting regulations to carry out the bill’s requirements, including compliance directives for State agencies and other entities. Additionally, HB 1210 requires a person who submits an annual report to the State Department of Assessments and Taxation (SDAT) to include this diversity data. Given this legislation’s proactive nature, its measures do not apply to any application or claim for a contract, grant, or tax credit submitted before the bill’s effective date. Following the support of various stakeholders and the adoption of clarifying amendments in the Senate, the bill passed and will take effect on July 1, 2022.

ABC was among a number of groups that expressed concern about the practicality and reasonableness of some of the bill’s more onerous provisions, and successfully lobbied for amendments that excluded sole proprietors, LLCs owned by a single owner, and privately held companies where 75 percent or more of the board are family members.

ABC SUPPORTED, WITH AMENDMENTS. THE BILL FAILED TO PASS.

The bill would have required the State to reduce statewide greenhouse gas emissions by 60% from 2006 levels by 2030; requiring the State to achieve net-zero statewide greenhouse gas emissions by 2045; and requiring the Maryland Department of Labor to adopt regulations establishing certain energy conservation requirements for certain buildings by July 1, 2022.

In addition, the legislation would have established the Just Transition Employment and Retraining Working Group. The workgroup would have represented a broad mix of backgrounds, experiences and perspectives which includes educators, labor, environmental groups and employers.  As the largest organization in Maryland to represent commercial builders, and the largest provider in the State of multi-craft training programs, ABC submitted testimony and lobbied the Senate for a seat as the registered apprenticeship sponsors on the working group.

ABC OPPOSED. THE BILL FAILED IN BOTH HOUSE AND SENATE.

The bill would have required employers with 10 or more employees, or whose rate of work-related injury and illness exceeds the average incidence rate of all industries in the State, to develop and implement a health and safety committee to promote health and safety in the workplace; requiring that the committee maintain certain records and retain the records for a certain period of time; and requiring each employer to establish and maintain an injury and illness prevention program.

If passed, this bill would have effectively charged non-management employees with management responsibilities and would have required them to make decisions on complex issues. For this reason, ABC testified in opposition to the bill. The bill failed to receive a favorable vote out of both the House and the Senate.

The bill requires investor-owned gas and/or electric utilities to require contractors and subcontractors to pay their employees at least the applicable prevailing wage rate when working on projects involving the construction, reconstruction, installation, demolition, restoration, or alteration of any underground gas or electric infrastructure of the company, and any related traffic control activities. The fiscal note advised that though affected project costs will increase by between 2% and 5% overall, the bill is not anticipated to materially affect utility rates, although there is likely some upward pressure over time due to increased costs for underground utility projects. The bill takes effect October 1, 2021.

ABC OPPOSED. THE BILL RECEIVED AN UNFAVORABLE VOTE IN SENATE AND FAILED TO MOVE FORWARD IN THE HOUSE.

The bill would have expressly authorized the Maryland Workers’ Compensation Commission to require an employer or its insurer to provide medical cannabis to an injured employee receiving workers’ compensation benefits as part of the injured employee’s medical treatment. After substantial discussion in both the Senate Finance and House Economic Matters Committees, the bill received an unfavorable vote in the Senate, and the House failed to move forward. Similar legislation is likely to be reintroduced next session. ABC was among several organizations that expressed concern about the social, economic and safety impact such a bill could have on Maryland residents.

This bill would establish collective bargaining rights for certain community college employees; establish procedures for the selection and certification of an exclusive bargaining representative; establish a cap of four on the number of bargaining units in each community college; require certain contracts and agreements entered into before September 1, 2022, to remain in effect until the agreement or contract expires; and require the Governor to include certain amounts in the annual budget bill for Baltimore City Community College. The bill passed favorably out of both chambers.

ABC SUPPORTED. THE BILL FAILED TO PASS OUT OF COMMITTEE.

ABC testified in support of the Right to Work Bill that was sponsored by Delegate Reid Novotny (R – Howard and Carroll County). The bill would prohibit an employer from requiring, as a condition of employment or continued employment, to join or remain a member of a labor organization, pay charges to a labor organization, or pay a certain amount to a third party; prohibit an employer from threatening an employee or a prospective employee with certain action; provide certain penalties for violation of the Act; and apply the Act prospectively.

ABC SUPPORTED. THE BILL NEVER RECEIVED A VOTE OUT OF COMMITTEE, SO FAILED TO PASS.

For the second year in a row, ABC testified in support of the Surety Insurance – Failure to Act in Good Faith legislation. The bill would authorize the recovery of actual damages, expenses, litigation costs, and interest an obligee claims against surety insurance providers under certain circumstances; apply certain provisions of the law on unfair claim settlement practices to surety insurance; require an obligee to comply with certain procedures before bringing a claim against a surety insurance provider; and apply the Act prospectively. Despite ABC’s support, the Surety Insurance bill never received a vote out of committee and the measure failed.

The bill would provide that certain covered employees who are suffering from the effects of severe acute respiratory syndrome including COVID-19 are presumed, under certain circumstances, to have an occupational disease that was suffered in the line of duty or course of employment and is compensable in a certain manner.

ABC opposed the bill and had two essential concerns:

ABC OPPOSED. THE BILL PASSED BOTH THE HOUSE AND SENATE WITH AMENDMENTS.

After significant debate in both the Senate and the House, the Maryland General Assembly ultimately passed HB 1007/SB 810. The amended bill alters the renewable portfolio standard (RPS) to create a carve-out for post-2022 geothermal systems in Tier 1 of the RPS, beginning in 2023 at 0.05% and increasing each year until reaching 1.0% in 2028 and beyond, subject to specified requirements and alternative compliance payments. The Maryland Energy Administration must staff a related workgroup created by the bill and complete a technical study. The bill may not impair a presently existing obligation or contract right.

ABC SUPPORTED. THE BILL PASSED BOTH THE HOUSE AND SENATE.

The bill, which had the support of both merit and union shop organizations, will create a state-wide journeyperson electrician license. The details of how this will play out and address issues of reciprocity with other jurisdictions will be determined during the writing of regulations