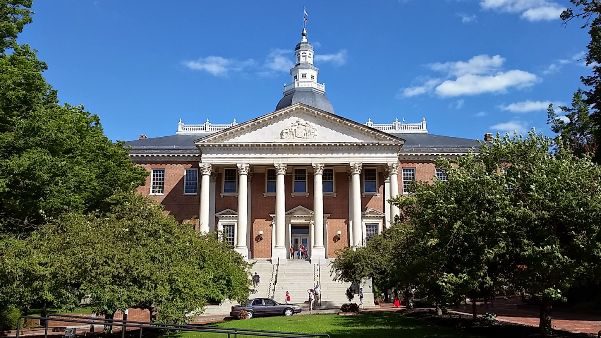 Thanks to the ongoing COVID-19 pandemic, Maryland’s 2021 legislative session will have a different look and feel in both the Senate and House. To get through the typical 90-day session, each chamber has imposed two distinct reopening approaches to the session because of their respective sizes. As we’ve learned throughout the pandemic, everything is subject to change. For now, here’s what we can expect:

Maryland Senate President Bill Ferguson (D – Baltimore City) has established rules and guidelines for how his chamber will approach the 2021 legislative session in the shadow of COVID-19. The Senate President’s plan represents a dramatic departure from the Senate chamber’s normal operations. Some of the plan elements resemble restrictions put in place during the closing days of the 2020 session as Maryland’s coronavirus infection rate exponentially increased.

The Senate will operate in one of three stages, depending on the extent of coronavirus infection among lawmakers and staff.

Stage 3 is the most “normal” of the three stages. The Senate will be in Stage 3 when there is little or no disease activity in the State House complex.

The chart below captures each stage and its impact on Senate Operations, Committee Operations, and general activities in and around the Miller Senate Office Building.

While there are no new committee assignments to note in the Senate as of yet, ABC members should note the changes to the Senate minority leadership. After six years, Senator J.B. Jennings (R – Harford and Baltimore Counties) and Senator Stephen Hershey (R – Kent, Queen Anne’s, Cecil, & Caroline Counties) have stepped down as minority leader and minority whip, respectively.

The Maryland House of Delegates

The House is the largest legislative body that operates in the State of Maryland. Because of Covid-19, the House instituted both policy changes and rule changes in the hopes of protecting its members, their staff, and constituents. Some of the changes include:

Looking at the Economic Matters Committee, where most of ABC’s bills are heard, Delegate Warren Miller (R – Howard & Carroll Counties) retired from the general assembly, leaving a vacant seat for now.

While the session will be noticeably different, this new format may provide ABC members additional opportunities to participate in the legislative process. No longer will members have to drive to Annapolis, hunt for parking, and then sit for hours on end waiting for their bill to be called. Instead, ABC members can fire up their laptops or tablets and testify virtually from the comfort of their own homes or offices.

Infrastructure, job creation, and shifts in tax policy will be heavily debated this session. Consider joining the ABC Joint Legislative Committee or at least volunteering to testify on legislation that impacts your business. Do not be socially distance from the legislative process this session, because we cannot all be in this together if we’re not all present and helping.