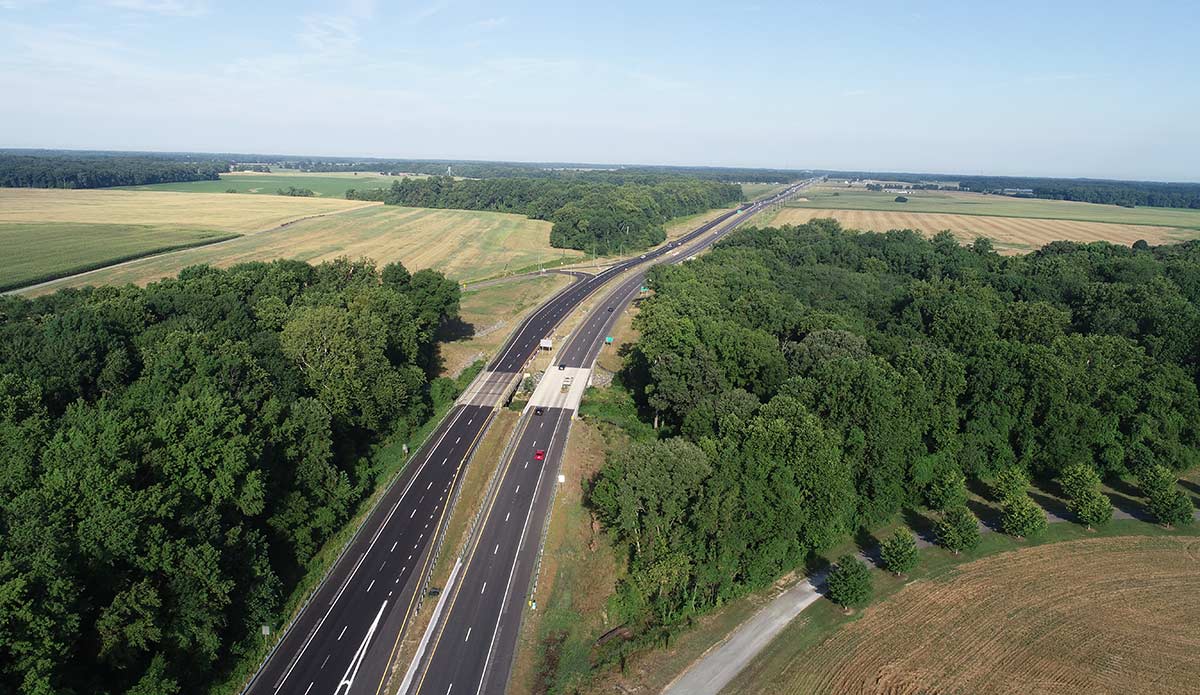 To say that Maryland Route 404 (MD 404) was in serious need of expansion is an understatement. During the summer months, daily vehicular traffic swells more than 25 percent, going from 18,000 vehicles to 23,000 vehicles using the Shore Highway to travel to and from the Delmarva Region. And that’s not all. Vehicle collision rates along MD 404 were also higher than the state average, making the two-lane road a safety concern as well.

An innovative approach transformed the congested and hazardous 9.2 mile stretch between US 50 to east of Holly Road in Denton, Maryland into a modern and safe four-lane divided highway.

The MD 404 widening project, which was completed on time and in budget, has earned the praise and attention of more than just commuters. It received a 2018 America’s Transportation Award, an annual nationwide competition sponsored by the American Association of State Highway and Transportation Officials, AAA, the U.S. Chamber of Commerce, and Socrata, part of Tyler Technologies. For its work on the project, Allan Myers also won Project of the Year in the $100 Million and Over category at ABC Chesapeake Shores 2018 Excellence in Construction Awards.