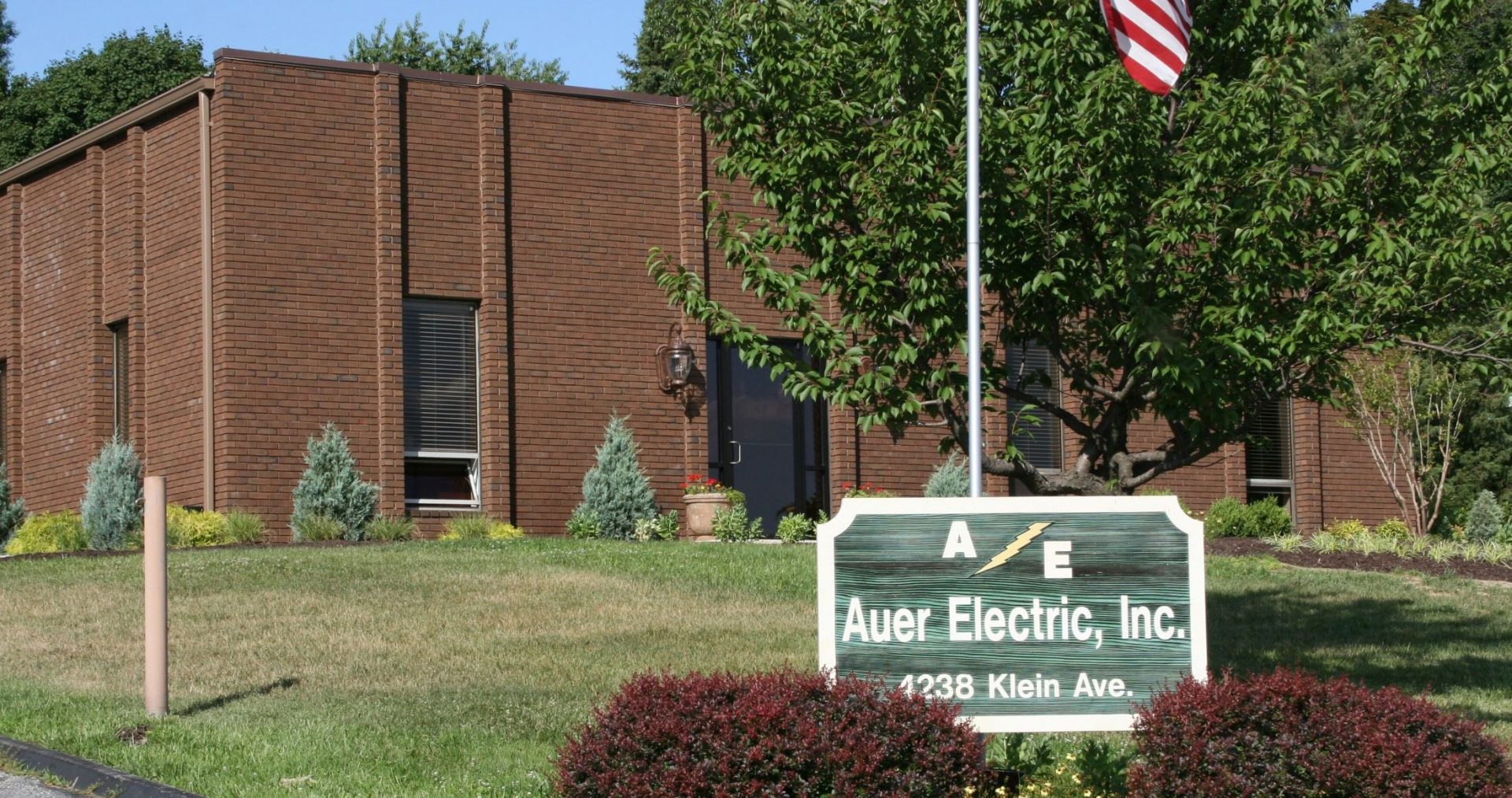 It takes dedication, perseverance and smart succession planning to reach a centennial anniversary in the construction industry. The history of Auer Electric, Inc., (AEI) matches that description.

Started as a small electrical shop in downtown Baltimore by Albert L. Auer, Sr. in 1920, Auer Electric remains a family-owned business 100 years later. Only today, Steve Gaugh, president and CEO, and his family run AEI, which has grown into one of the region’s most respected commercial electrical contractors.

Gaugh, who joined AEI in 1982 as a job foreman, went onto own a partnership stake in the firm after Albert L. Auer, Jr.’s children declined running the business. He became sole owner in 2001. Leslie Gaugh, Steve’s wife, serves as chief financial officer; in charge of accounting and human resources. Their two sons are also integral to the company’s success: Bradley is a project manager and AEI’s electrical engineer, providing in-house design-build services. Bryan is a master electrician and also directs the company’s heavy equipment division.

At the heart of AEI’s success, says Gaugh, is treating all of its employees like family. “It’s important to not only invest in your employees, but to take the time to know them. I make a point of talking to everyone on the job site,” he says.

In addition to competitive benefits and job performance bonuses, employees receive birthday cards with gift certificates. AEI also invests in its employees by covering the cost for apprenticeship training as well as continuing education related to electrical contracting. Each year the Gaugh’s hold a company summer picnic and big Christmas bash. They plan on including employee input on how they’ll celebrate the big 100.

AEI gives back to the community through donations and participation in various charities, including Dundalk Elementary School, Associated Builders and Contractors’ new training facility, and University of Maryland The Power of Caring. As Leslie is a cancer survivor, AEI supports local non-profit cancer foundations by volunteering and sponsoring, such as Blankets for Warriors and Kelly’s Dream.

Auer Electric serves the greater metropolitan Baltimore area. At one point, the firm had a hand in wiring nearly every Holiday Inn in greater Baltimore.  Today, AEI specializes on mid- to large-scale commercial projects. AEI focuses on market types which include private and public warehouses, schools, office buildings, medical facilities, shopping centers, and religious fellowships.  AEI works for both general contractors and with clients directly. It accepts invitations on a multitude of complicated, challenging, and innovative construction projects, including green building.